Nearly one-third of people in the United States have at least one tattoo. And while it may have “seemed like a good idea at the time” an estimated 50% of people change their mind about their tattoo, at some point in their life. Fortunately, Favia MediSpa in Crystal Lake, IL now offers revolutionary ClearLift™ laser tattoo removal that makes it faster, cheaper and more comfortable to remove a tattoo than ever before.

Unlike other laser tattoo removal systems, ClearLift™ is specifically designed for the removal of dark tattoo ink, including black, blue, and green. State-of-the-art ClearLift™ tattoo removal uses a q-switched ND: Yag laser which is more precise and rapid than other lasers, which reduces discomfort and minimizes the risks of scarring or loss of skin color (hypopigmentation).

Previous laser tattoo removal systems were often unable to remove darker ink colors, and they lacked the precision needed to limit risks of permanent damage to the skin. But ClearLift is one of the only safe and effective ways to remove darker tattoos with the smallest risk of skin damage. And, because ClearLift allows you get your tattoos removed with fewer treatments, it is less expensive than other laser tattoo removal treatments –  in addition to reducing your discomfort and the number of appointments.

If you’re ready to do something about that tattoo you wish you had never gotten, call Favia MediSpa in Crystal Lake, IL to schedule your personalized tattoo removal consultation today!

State-of-the-art ClearLift™ is the world’s first fractional non-ablative Q-switched laser. This advanced laser technology is designed to remove unwanted darker tattoo ink colors such as black, blue, and green. The ClearLift is a state-of-the-art, extremely precise ND: Yag laser which minimizes the risks of scarring or loss of skin color (hypopigmentation) when removing tattoo ink. “Non-ablative” lasers work by penetrating and remodeling the interior layers of skin, while leaving the epidermis (outer layer of skin) intact.  This means less pain and no downtime.

Every color of ink requires a different wavelength of light and amount of energy to effectively be removed. ClearLift’s high-powered Q-switched laser can operate 2 different wavelengths to be effective with darker colors – breaking down the ink particles without causing damage to the skin using very short laser pulses to target only the pigment in the ink. Over time, the body’s natural healing processes (the lymphatic system) will then remove the disintegrated ink fragments from the body, so the tattoo fades away with very little risk of scarring or skin discoloration.

Most other lasers are not indicated for sensitive skin and are also unsafe for darker skin tones. But gentle yet power ClearLift™ is safe and comfortable to use on virtually any area of the body, including delicate areas, such as the chest and pubic area.  And, ClearLift™ tattoo removal is also safe for use on darker skin colors.

ClearLift™ Laser Tattoo Removal
Before & After 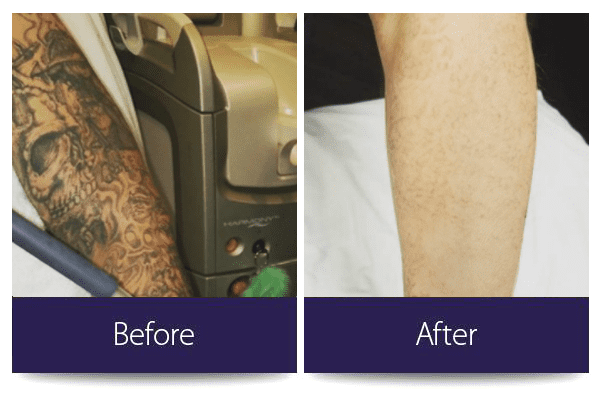 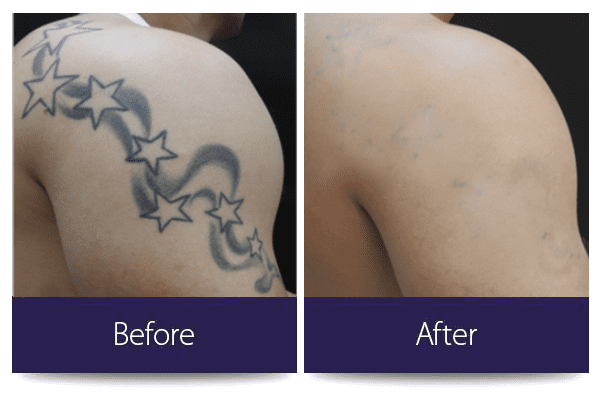 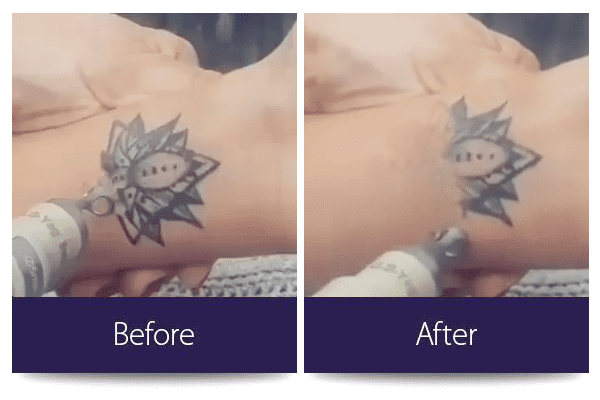 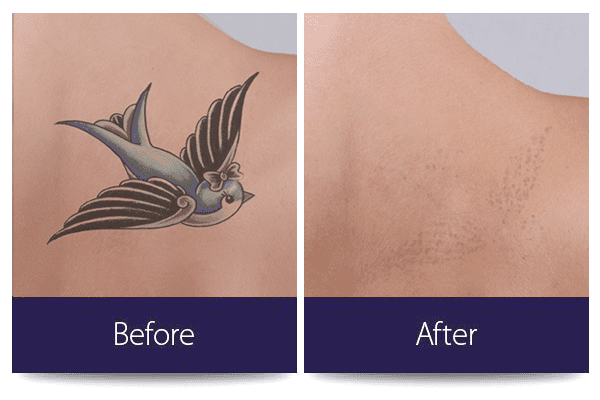